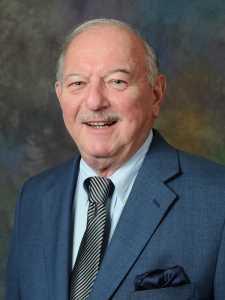 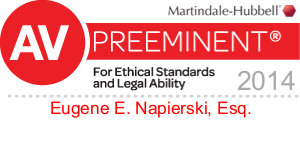 A trial lawyer with numerous jury verdicts in defense of medical, legal, and other cases of claimed professional negligence, as well as toxic tort and products liability, he has tried cases to verdict in the New York State Courts throughout the Third and Fourth Judicial Districts and the United States Federal Courts of the Northern District of New York.

Mr. Napierski is a member of the Defense Research Institute and the New York State and Albany County Bar Associations. He is a past President of the Capital District Trial Lawyers Association and the Upstate New York Chapter of the American Board of Trial Advocates.

The Martindale-Hubbell Law Directory has awarded Mr. Napierski its highest rating of “A-V”; he is listed in “The Best Lawyers in America” and has the distinction of being honored as a Fellow of the American College of Trial Lawyers.