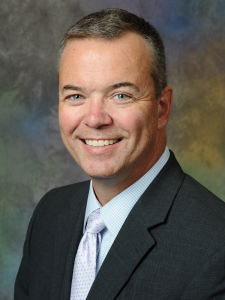 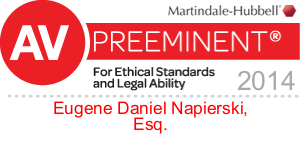 Gene Napierski is a founding partner of the firm of Napierski, VanDenburgh, Napierski & O’Connor, LLP. Mr. Napierski graduated in 1991 from Albany Law School of Union University. While there, he was selected Best Advocate in the Senior Prize Trials Competition, and became regional champion and National semi-finalist in the National Trial Competition. He was inducted into the National Order of the Barrister in 1991. Mr. Napierski received his bachelor’s degree from the College of William and Mary in 1988.

Mr. Napierski is an active trial lawyer concentrating in medical malpractice defense, premises, labor law, toxic tort, and automobile liability. He is a frequent lecturer on the topics of tort liability and trial advocacy.Mr. Napierski is admitted to practice before the Courts of the State of New York, the State of North Carolina, and the United States District Court for the Northern District of New York. He is also a member of the New York State Bar Association, Albany County Bar Association, the Capital District Trial Lawyers Association, and the Albany Law School American Inns of Court.