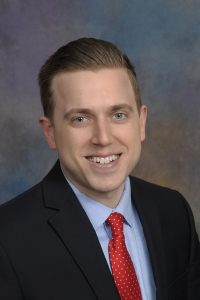 While in law School, David was an intern at the Schenectady County Public Defender’s Office, where he assisted with representing underprivileged clients in defense of criminal charges. David also participated in the Health Law Clinic at Albany Law School, where he represented clients before Social Security and Disability Judges in order to secure benefits. David also interned at a Capital Region Bankruptcy and Foreclosure Firm and the New York State Office of the Inspector General.